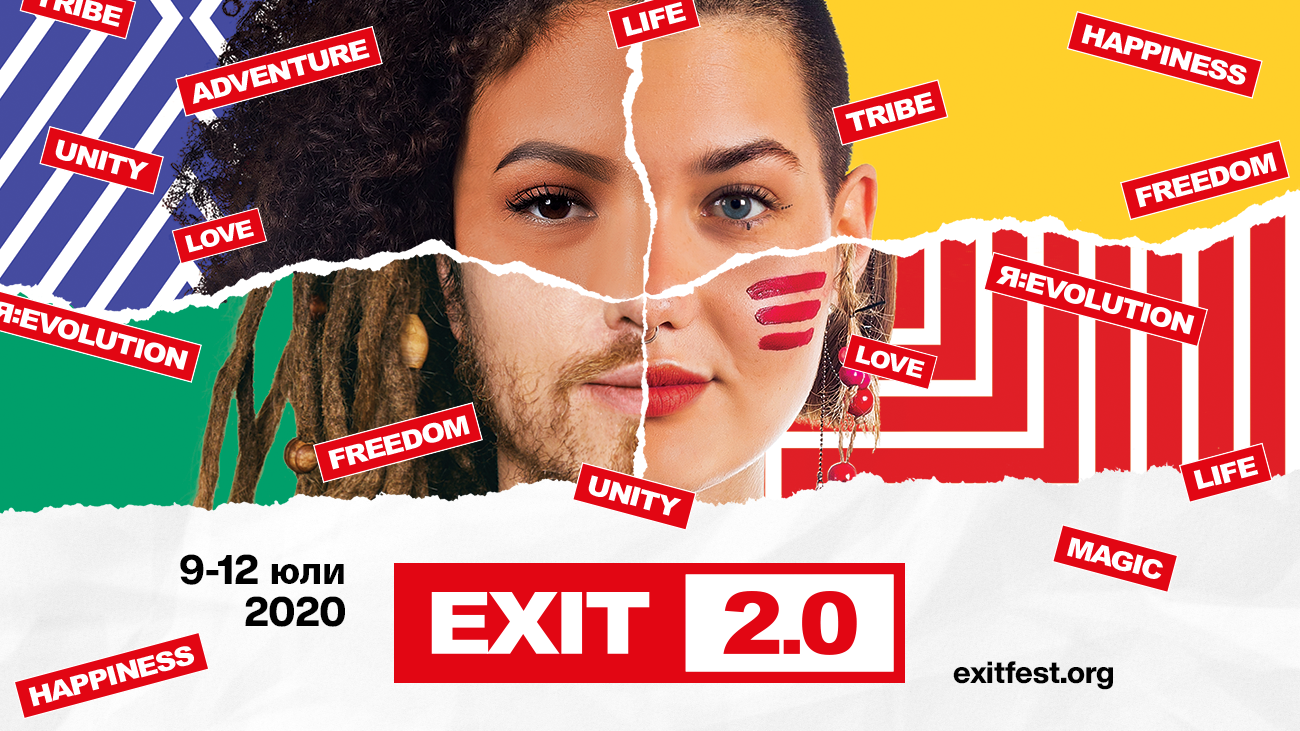 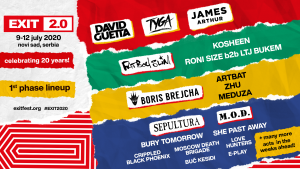 One of the Europe’s leading music events, the multi-awarded EXIT Festival in Serbia, adds nearly 30 hot acts reaching the 50% mark of its always diverse and star-studded lineup. The festival juggernaut that spans onto 40+ stages and zones will celebrate its big 20th anniversary from 9 to 12 July 2020 at the spectacular 18th century Petrovaradin Fortress, overlooking the Danube to festival’s hometown Novi Sad. New to the bill are the French hitmaker DJ Snake, American rising rapper Sheck Wes, sensational indie rockers Metronomy, the punk icon Marky Ramone, NYC hardcore heroes Agnostic Front and 25 more acts from all sorts of styles and genres that can be found at EXIT! This group joins the already announced acts such as David Guetta, Fatboy Slim, James Arthur, Tyga, Boris Brejcha, ARTBAT, Sepultura, Meduza, ZHU and dozens more. Ever since its rebellious roots, EXIT won two titles of the Best Major European Festival at European festival awards, the Best Overseas Festival at UK Festival Awards and dozens of other awards and recognitions by some of the world’s most influential media.

DJ Snake has become one of the world’s most influential artist with well-known singles Taki Taki, Lean On, Turn Down for What, and Loco Contigo, featuring another EXIT headliner Tyga, with over ten billion YouTube views in total! His superhit “Taki Taki” featuring Cardi B and Selena Gomez exceeded one billion video views in only four months, becoming the first video in history able to achieve this! He holds another record, the track “Lean On” with Major Lazer, which has over 2.7 billion YouTube views and had been the most streamed song on Spotify ever for 11 months! DJ Snake has won two Billboard awards and one MTV award, and he received his first Grammy nomination as one of the producers of Lady Gaga’s “Born This Way” album. The talented French of Algerian descent released the album “Cart Blanche” in 2019, hitting number 1 at Billboard’s Dance/Electronic albums list. He holds a total of 21 singles with three singles reaching diamond, four sings hitting platinum and two singles reaching gold certifications! Homage to his music style was paid by Rolling Stone, which stated that “DJ Snake has been perfecting his own venomous, unforgiving, primordially grooving version of bass music you can head-bang to”. DJ Snake is also part of Pardon My French, a French DJ collective, as well as a founder of an increasingly popular “Premiere Classe” label.

Sheck Wes is a true New York rap sensation, and his Mo Bamba is considered one of the biggest hip-hop tracks in the past few years. The rapid success of this twenty-two-year-old Harlem rapper and producer is best evidenced by the fact that his talent has been recognized by both Travis Scott and Kanye West, who have signed his releases, launching Wes toward headliner status. Although he only has one studio album, he can boast of a number of collaborations with biggest hitmakers like DJ Snake, 21 Savage, Lil Pump, Offset and Gucci Mane.

Metronomy is an award-winning band in a variety of categories, from best choreography to best pop artist, while its frontman, producer Joseph Mount, is known for collaborating with acts like Robyn, Jessie Ware, Diplo, Sophie Ellis- Bextor and numerous others. Metronomy has toured with bands such as Coldplay, while their star status stems from a danceable rock sound which has always been just a bit ahead of the time. Known for their faithful fan base and extremely cinematic videos, their sixth album Metronomy Forever came out last September.

The celebration of EXIT’s 20th birthday will be joined by a member of the Rock ‘n’ Roll Hall of Fame, whose handprints are on the Hollywood Rock Walk, Marky Ramone, who spent 15 years as the drummer of the legendary punk band The Ramones. Marky Ramone’s band Blitzkrieg, the band that Marky is performing with currently, will bring The Ramones’s greatest hits to Petrovaradin Fortress.

EXIT tickets can be found at exitfest.org and bilet.bg at the price of 120 BGN, and for those who wish to bundle them with accommodation and local transfer, there are also packages at bilet.bg. Default accommodation is the festival camp that is also on the sand beach, but in Novi Sad, next to river Danube, while hotels can be booked
through EXIT’s official tourist agency at exittrip.org.