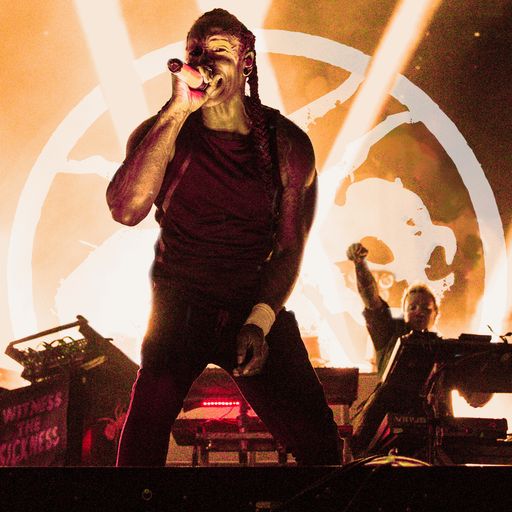 Not many people know that one man is behind the entire musical opus of the band The Prodigy. Liam Howlett is the driving force, the mastermind, the unchanging constant, and the author of all the songs of the most influential electro-punk band of all time, which this musical genius initially conceived as a solo project. From the piano lessons that he attended as a child and his first foray into experimenting with production, through forming a band, designing performances that made them one of the world’s most exciting concert attractions, to today’s status as a revolutionary of the electronic scene, Liam Howlett’s musical journey is permeated with constant innovation and evolution, but also with a struggle to preserve authentic underground culture. Keith Flint, Maxim Reality, and Leeroy Thornhill perfectly accompanied his rhythm, and their combined vision led to the creation of a band that became a mirror, epitome, and defining factor of the rave community. 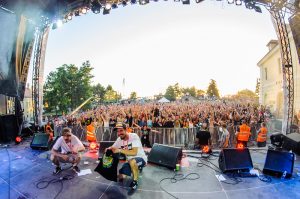 The first rave parties in Great Britain were massive and mostly illegal, thrown in small, rural towns, abandoned buildings, and barns. The then seventeen-year-old Liam Howlett, who built his musical foundations on hip-hop, was instantly infatuated with the new sound and energy of the subculture whose birth he witnessed and with which he grew up. In his own four walls, in a studio built with money earned from seasonal jobs, he pushed the boundaries of electronic music, combining samples and mixing elements of techno, breakbeat, and jungle to create a sound that was uniquely his own. In that studio, in his room, a large part of the discography of The Prodigy, named after Liam’s first synthesiser, was created.

Before founding the band, Howlett already had an entire arsenal of self-produced tapes “in stock.” He also agreed on the release of an EP, “What Evil Lurks,“ with leading independent underground label XL, where his powerful musical vision was recognised. In the meantime, he met two prominent “ravers from the crowd,” Keith Flint and Leeroy Thornhill. He invited them to join him on stage, united in a common idea — to do what felt right. They were soon joined by MC Maxim Reality, whose official introduction to the band happened in medias res — at their first performance together. 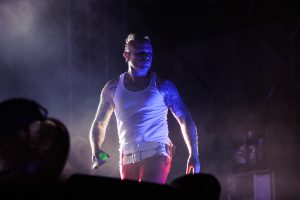 Throughout their career, The Prodigy tried to maintain this creative process — Liam would write and compose music independently, and instead of organised rehearsals, the band would try out new musical material via direct interaction and energy exchange with the audience at their increasingly frequent live performances. This approach turned out to be the formula for their success — the 1992 debut album “Experience“ became a classic before its official release, with lead singles “Charly“ and “Out of Space.“ All active and prominent producers and DJs, including Carl Cox, played songs from this release.

The first wave of success inevitably led the band to its first obstacles. One of the toughest of those obstacles came in the form of the cover of Mixmag Magazine featuring an article entitled “Did ‘Charly’ kill rave?“criticising the new wave of tracks with “childish” samples that this single started, pointing the finger at individual members of the band, but also at the entire subculture. Revolted by the media tirade, but also by the pressure of the British government, which at that time tried to ban illegal raves, Liam started working on a new album – “Music for the Jilted Generation” – dedicated to this very problem. 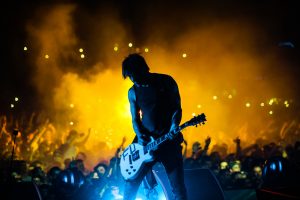 “So, I’ve decided to take my work back underground, to stop it falling into the wrong hands“ — by opening the album with this sample, Howlett sent a strong message, solidifying the power of the rave movement and setting The Prodigy firmly on its throne. In the video single “No Good“ from the same album, Liam breaks a wall with a hammer, symbolically announcing the arrival of a new generation, a new sound, and a new era of music. “Jilted Generation“ launched The Prodigy into musical immortality, and Liam Howlett, at the tender age of 24, became one of the most sought-after and influential producers in the world of electronic music.

The band refused to appear on commercial shows and programs with unwavering integrity, guided by Howlett’s idea that popularity should be built on a “solid foundation of strong underground support.” Getting signed onto Madonna’s label, Maverick, brought the band success overseas, despite Liam’s refusal to produce the “Queen of Pop’s” upcoming album, saying there was no way he would commercialise his sound. The Prodigy’s next album delivered something the entire world had been waiting for — the iconic “The Fat of The Land“ was the trigger of the planetary electronic music craze, with “Firestarter“ and “Breathe“ hitting #1 on all the most notable charts. 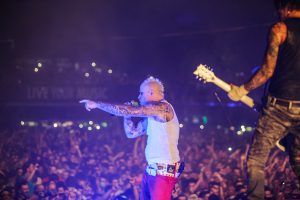 Despite his stubborn anti-superstar attitude, Howlett already had two top-10 singles in his musical portfolio as a 20-year-old. The considerable interest in his independent production and selection skills was once crowned with a solo mixtape album, “Dirtchamber sessions, “ for BBC1. His A-list influence and presence resulted in a marriage to All Saints singer Natalie Appleton. He brought The Prodigy five #1 spots in the UK Album Charts, 25 million worldwide album sales, two Brit Awards, three MTV Video Music Awards, and nominations for the Grammy Awards and Mercury Prize. With each subsequent release, The Prodigy cemented its place at the top of the eternal list of giant headliners of the world’s biggest festivals, stadiums, and tours, ranking itself among the legends of music history.

With his masterful production skills, Liam Howlett redefined the electronic music scene and has been named as a direct source of inspiration for many global music superstars, including Skrillex, Pendulum, Fatboy Slim, Sepultura, Sleaford Mods, Rage Against the Machine, Kasabian, Chemical Brothers and Enter Shikari. From the founding of the band until today, he has maintained the practice of always working in the studio completely alone, usually at night. Despite that, he has almost always signed all of his tracks as The Prodigy.

As part of the big comeback tour, which already enjoys the status of most sought-after in 2023, The Prodigy will visit the most prominent European festivals. The list of tour dates also includes EXIT, which Liam Howlett has called his favourite festival. The EXIT Universe, taking place from the 6th to the 9th of July, has already announced 23 acts for this year. Besides The Prodigy, the names on the line-up include the eight-time Grammy Award winner Skrillex, rock sensation Viagra Boys, one of today’s most popular electronic music collectives Keinemusik, duo CamelPhat, Hot Since 82, Vintage Culture, Cockney Rejects and The Toasters.

0 Replies to “Liam Howlett — Who Is the Man Who Created The Prodigy?”