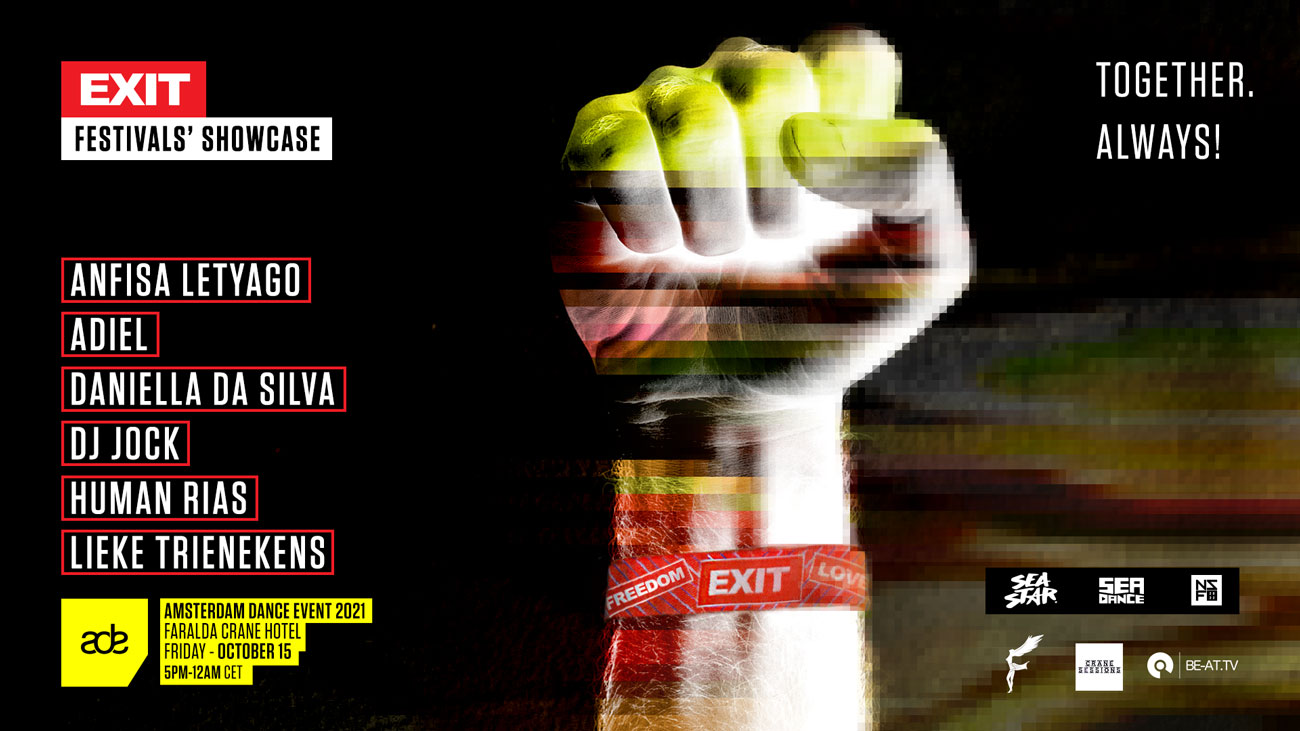 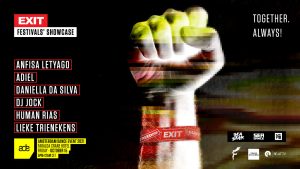 EXIT’s Showcase at the Famous Amsterdam Dance Event, at One of the Most Exciting Clubs in the World!

This year, EXIT will once again cooperate with the famous Amsterdam Dance Event (ADE), at a party that will take place on Friday, 15th October, at Faralda Crane, one of the most exciting clubs and hotels in the world, located 50 meters above Amsterdam, on top of a monumental construction crane. As the only festival group in the world that managed to organize as many as four festivals in three different countries in 2021, EXIT will present an eclectic lineup of esteemed international electronic music performers consisting of Anfisa Letyago, Adiel, DJ Jock, Daniella da Silva, Human Rias and Lieke Trienekens to Amsterdam’s ADE audience. The performances start at 5 p.m. and will be broadcast live on Exit’s Facebook page and YouTube channel.

Amsterdam Dance Event is the largest electronic music festival in the world, bringing together all leading and upcoming DJs, producers, publishers, agents, promoters, production companies, and many other actors on the global electronic scene. This year it will be held from 13th to 17th October with the festival program including over 350 events. Adam Beyer, Charlotte de Witte, Maceo Plex, Nina Kraviz, Paul Kalkbrenner, and many other world-renowned names in electronic music will perform at ADE this year.

The cooperation with ADE has lasted since 2018, when EXIT featured its No Sleep music platform and presented some of the most talented DJs from the region, such as Marko Nastić, Ilija Đoković, and DJ Jock, to the most influential people in the music industry.  The continued cooperation with ADE in 2019 resulted in the first LIFE STREAM event, which started the festival’s most prominent environmental project. At that time, also at Farald Crane, ARTBAT performed at ADE as the reigning winners of the award for the best new DJ duo, along with regional talents including Coeus, After Affair, and Andrew Meller.

Anfisa Letyago first established herself on the Neapolitan club scene, followed by releases for New York’s Nervous Records and Cox’s Intec label, as well as performances at the world’s largest festivals. Currently, she is one of the fastest-growing stars on the global electronic scene, bravely following in the footsteps of Nina Kraviz, Charlotte de Witte, and Amelie Lens. Adiel is a multi-talented Italian with a residency at the Roman club Goa. She is the owner of the Danza Tribalia label. DJ Jock from Split, is considered one of the highest-quality producers in the Croatian and regional scene’s new generation of artists. Daniella da Silva, a South Africa native with a degree in music production from the Soul Candy Institute, represents the Berlin underground scene. Human Rias is known as a resident and booking agent for the former cult Munich club MMA (Mixed Munich Arts), while the evening’s host will be Amsterdam DJ Lieke Trienekens.

0 Replies to “EXIT’s Showcase at the Famous Amsterdam Dance Event, at One of the Most Exciting Clubs in the World!”